Welcome to my Website … A copyright infringing homage to popular culture.

A lot of people tell me I’ve a great imagination, but that’s really the opposite of me; I’m the least imaginative person you’ll ever meet. What I am good at is taking other people’s great imagination and using it to create something that makes me happy. I know what I do isn’t everyone’s cup of tea (though hopefully that’s not you, or why would you be reading this), but then I don’t do it for everyone; I do it for me. If you’re getting a kick out of what’s posted here then I do feel good about that, but at the end of the day I only do it because I enjoy it. Trying to please fans would be too much pressure for me!

Anyhow, my name’s David, but you can call me Dave.  Almost everything you’ll find on this site started out life as a photograph.  Here are a few of my holiday selfies … 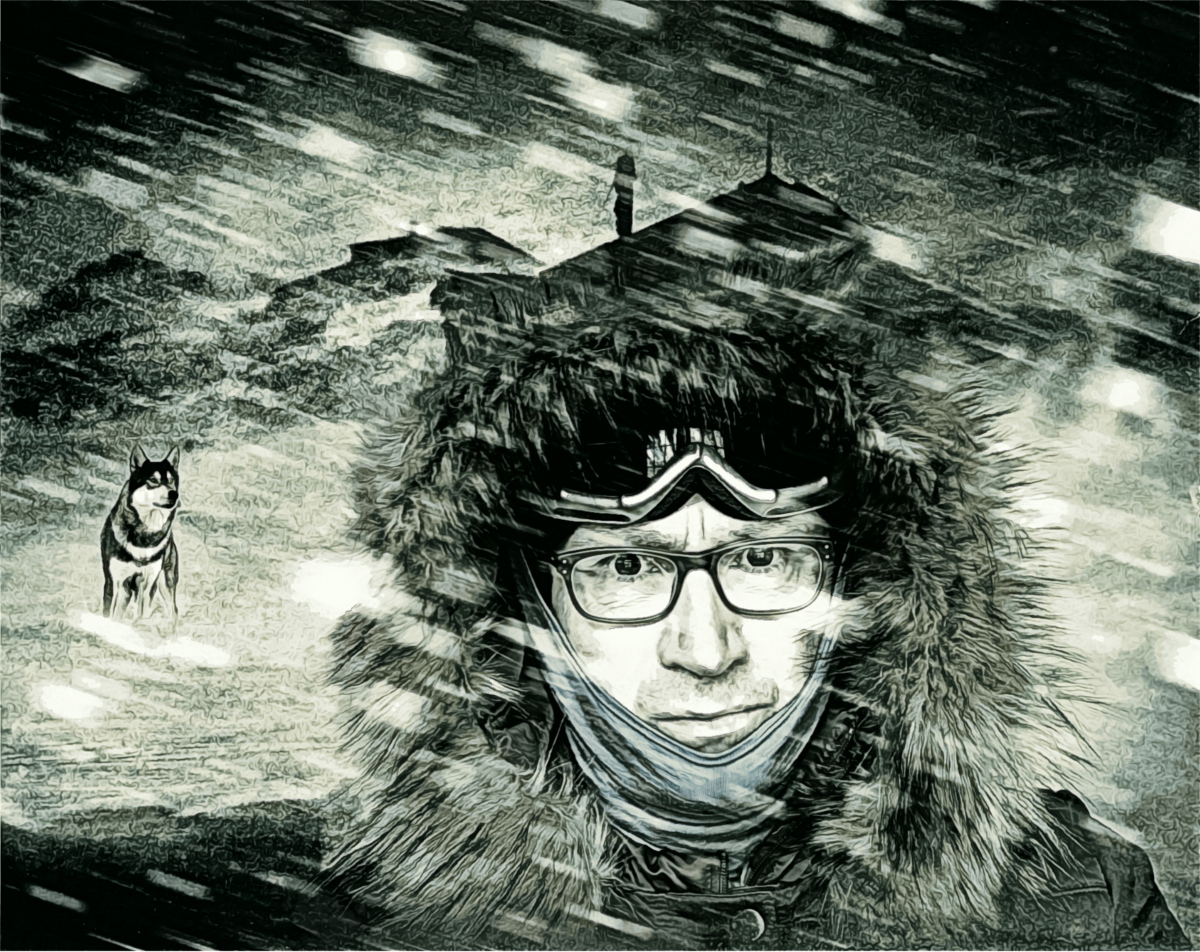 Star Wars has been a big influence on my work (actually, on my life), but then so has all manner of other Sci Fi and Fantasy.  I love The Thing, and here I am visiting Outpost #31.  I was kinda glad to leave, though … that dog was looking at me in a funny way.  Never did hear from any of those guys again.  Funny that.

I remember seeing The Thing when it was released in 1982.  I didn’t sleep that night.  Even though there have been many “body horror” imitators, nothing’s come near to matching it.  Many will disagree with me, but this is Carpenter at his very best.  Forget Halloween, this is the one.  Even today, Rob Bottin’s effects work will trade punches with anything made since.

When the prequel came out a few years ago, I dismissed it as entirely superfluous … and it is.  What I was wrong about, though, was how they made it.  I wrongly assumed it was all horible CGI, but I subsequently found out much of it was made using practical effects.  So, extra credit for that, but still a C minus.

After the chilly conditions of the Antarctic Survey, I thought a break in warmer climes would be in order.  But you know what, the heat brings out all sorts of undesireables.  To coin a phrase, “Only in the hottest years this happens. And this year, it grows hot. We begin finding our men. We found them sometimes without their skins… and sometimes much, much worse.” (one of my all time favourite quotes, that is). 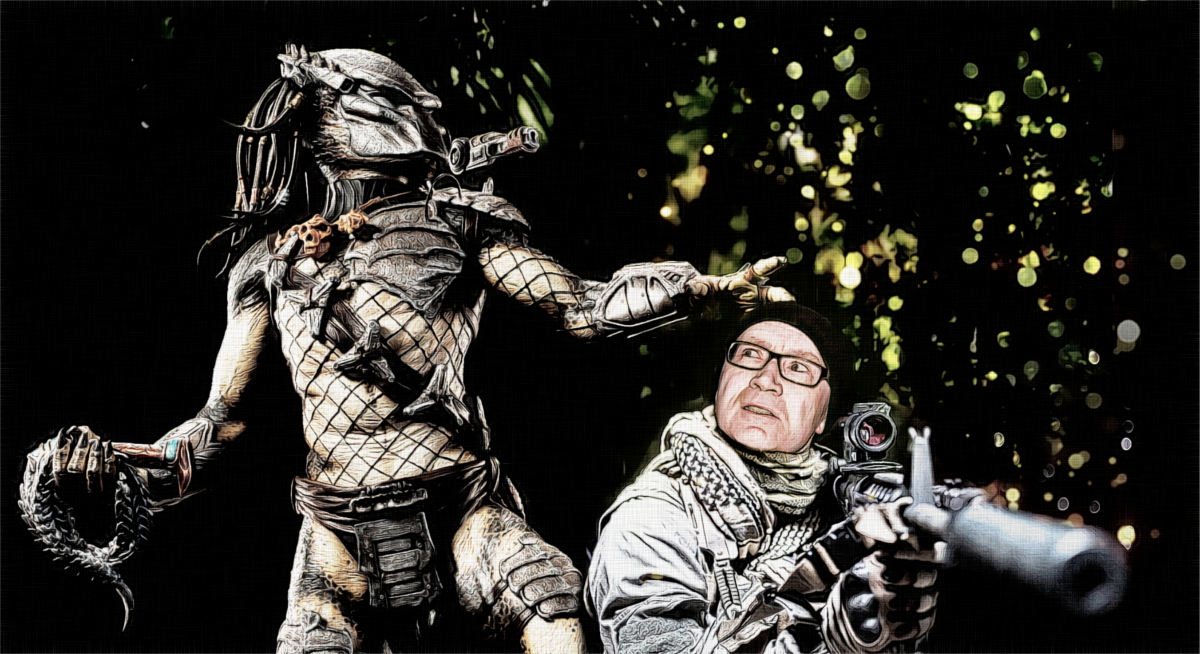 Yes, Predator is another big influence.  Having had some feedback from friends, it seems no one’s too sure which one of us is the “ugly mutha fucka” in this shot.  Everyone’s a critic.

Predator’s like two films for the price of one; 80s R-Rated macho-bullshit action flick, spliced to a Sci Fi monster movie.  Brilliant stuff.  Sadly, Predator 2 never really comes close to the magnificence of the original, though it does have a few interesting ideas in it (even the Alien skull, which was sooooooo exciting at the time, but lead the aberration that was AvP … more on which later).  However, when all’s said and done, Predator without Arnie is no Predator at all. 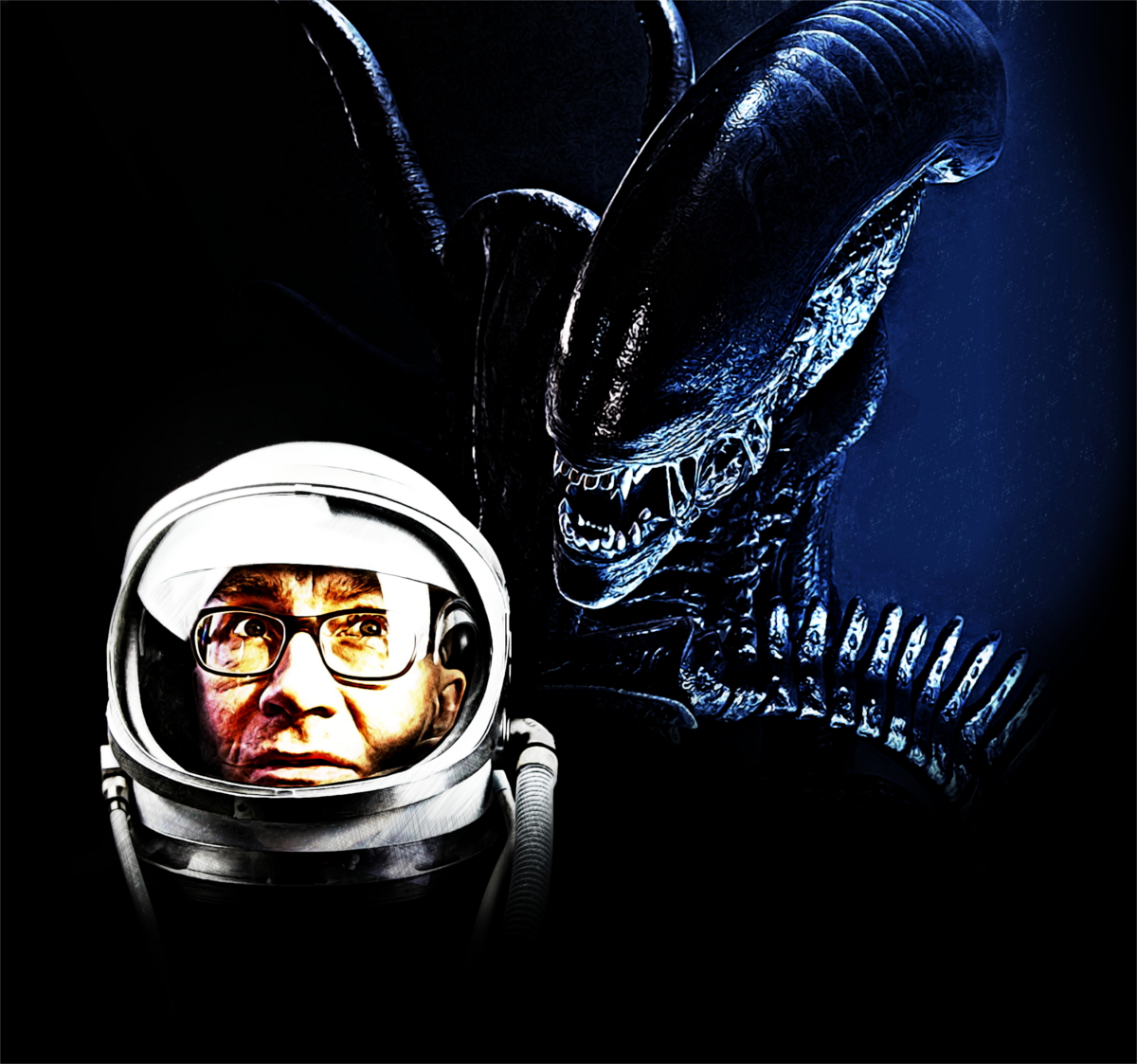 Anyhow, on to Alien, which is another massive influence.  You just cannot beat a xenomorph … no, you really can’t ‘cos they’re so damn tough!  I love these movies, but only the first two.  I recall my great excitement at the release of Alien 3, followed by my crushing disappointment within the first five minutes of actually seeing it.

Then we have the unholy mess that is AvP.  Now, I speak as somone who was a big fan on the Dark Horse Comics AvP series (well, the first couple of them).  Who knew the movie versions would be so abject, especially the second, which contains not even one single sympathetic character.  Dross.

The alien itself is just so interesting, though; it demands to used again and again.  So it’s not my fault if I gets a bit repetitive … it’s the law of nature.

So you’ll find quite a few Alien(s) inspired images here, including this selfie.  I just don’t seem to have any luck on vacation … there’s always something that turns up to spoil it.

WORK IN PROGRESS … If you’re reading this, the rest will be here soon.  Do come back.